A wonderful thought and tribute

My paternal grandfather ‘Joe’ was a young lad of 15 when he signed up for ‘Queen and Country’ at the beginning of the 1st World War. He lied about his age to become a private in the Cheshire Regiment and to go to war. Like him many young men disobeyed their parents and left for a grand adventure never to return home, staying forever young. My grandad never spoke to us about what happened to him during the war, i know he was mustard gassed and shot in the face but don’t know where he fought. To his grandchildren he was a small grumpy man who walked with a stick, to others a hero. Now i am older and have learnt of the things he may have suffered i consider that small slightly built old man a true hero, for having the courage to disobey his mother, for bravely going…

my mersey spine
back and tail
to my wirral home,
breathing over welsh hills
with ebb n flow of dee,
ferry lights
liver city waterfront,
this place so green and urban
has a pull
that lingers
to those toiling at sea
or travelling afar,
landscape pulls you back,
thors stone
lighthouses on the shore,
sandstone peninsula
of ancient times,
from road or motorway
distinctive in it’s way
born from the hundred,
Wirral
it stands
this place
my home

The Centenary of the World Series comes on Saturday of the Atlanta Braves and Oakland Athletics which was an insane match up and if you wish to see the full stats of that clash have a look at http://www.baseball-almanac.com/ws/yr1914ws.shtml so have a great weekend of baseball

A great piece of history 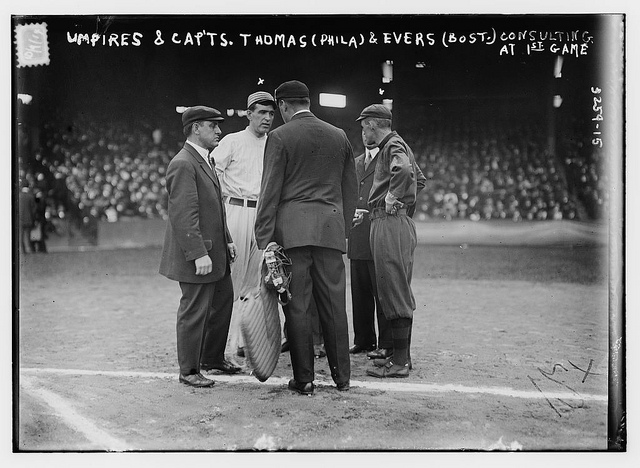 This Saturday’s Atlanta Braves-Oakland Athletics game will commemorate the 100th anniversary of the 1914 World Series, in which the Braves and Athletics met in one of the more improbable championship matchups in Major League baseball history.

The game, to be played at Atlanta’s Turner Field, will include a tribute to the 1914 Miracle Braves, who were then based in Boston, and feature both clubs wearing retro 1914 uniforms.

In the 1914 World Series, the Braves shocked the sporting world by sweeping the vaunted Philadelphia Athletics (they wouldn’t land in Oakland until 1968, by way of Kansas City).

By mid-season of that year, however, the Braves appeared en route to a dismal finish. On July 15 they were in last place, 11-1⁄2 games behind the New York Giants. They caught fire as the summer went on, though, and won the National League pennant by 10-1⁄2

One of Karen’s new abstracts that can be pictures or wall art and is looking to get into the commercial art market she is on twitter as @joefishy or look at her blog karenlawrencephotography.wordpress.com and also has images for sale on fine art america fineartamerica.com/profiles/karen-lawrence.html so support this great artist and thank you

They are on there yacht Santana , and i guess now they are together again another legend gone