As May was opening the rosebuds,

elder and lilac beginning to bloom,

it was time for the mare to foal.

She’d rest herself, or hobble lazily

after the boy who sang as he led her

to pasture, wading through the meadowflowers.

They wandered back at dusk, bone-tired,

the moon perched on a blue shoulder of sky.

Then the mare lay down,

sweating and trembling, on her straw in the stable.

Later, when even the hay slept

and the shaft of the Plough pointed South,

the foal was born. Hours the mare

spent licking the foal with its glue-blind eyes.

And the foal slept at her side,

a heap of feathers ripped from a bed.

Straw never spread as soft as this.

Dawn bounced up in a bright red hat,

waved at the world and skipped away.

Up staggered the foal,

its hooves were jelly – knots of foam.

Then day sniffed with its blue nose

through the open stable window, and found them –

the foal nuzzling its mother,

velvet fumbling for her milk.

Then all the trees were talking at once,

chickens scrabbled in the yard,

on your long leafed bough

why do you fucking stare at me

do you see me for what i am

i cant help it

if i had a gun

i would shoot you

fragile in bone and feathers

i am of the high order species

and do not forget

he fled those vicissitudes

and hid in the parables

as an intrinsic alchemist

that drew light into her eyes

she kissed his lyre

and lingered on the notes

his tremors sounded as trumpets

a finger of saffron stained

and wafted in embrace

yet he could no more

that wound words over

to an inconvenient truth,

he listened to the stars

delirious now that it was

word of the day your favorite word i got carried away again so i hope it works as i have not been functioning so well recently , all the best

loathing had been a mirror of his sleep,

now without sanitorium or astral light,

she lay before him,

naked as the solemnized wedding bed,

sewn with silk and love

created with a skill he never knew he had,

her offal once mortal

washed with wine and tears,

leaving her with mechanics,

felt for the copper tube

and turned each activating

with silence as her voice was no more,

he helped her dress

he loved so much,

outside to walk again

without fear of bacteria or virus

morning filled the mountains with shadow,

her face a dark riddle,

in her eyes she had the knowledge

to do the same for him

when that time came

to walk immortal together,

he thought mechanics had failed

as she began to lift off the ground

he panicked calling out

as she slipped out of grasp,

that she had a lover she had 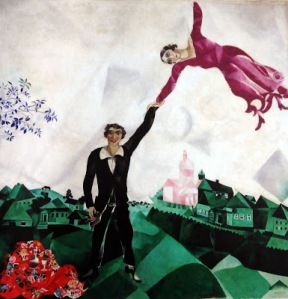 Charles Bukowski one of his last readings in 1980