From the city of Liverpool in England , comes a an epic tale from Peter Sinseeya and his studio , featuring a stellar cast that I am proud to be a small part of .

I look at the trailer again and marvel at the depth and scope of the story , a Liverpool fable or dream with deep undercurrents anyway watch the trailer follow Matopulas on all social media and give Peter a follow he will appreciate

Alexander Payne who gave us Nebraska , Sideways , The Descendants and About Schmidt this was his first film short silent, and exprressive

Once upon a time i was a teenager looking for thrills and went to an old cinema called The Phoenix and saw my first grown up horror film Prophecy (1979) , that was a let down a toxic mutant hairless teddy bear well i laughed my way through it, i am sad as it was a John Frankenheimer film and i guess expected more after the likes of French Connection II and Birdman of Alcatraz so i was searching for more creature features Jaws (1975) was excellent and well crafted , but here i could digress into Frogs, Night Of The Lepus etc.
On the social legend that is Twitter i heard of a film mysterious and interesting about spiders not your Arachnaphobia kind but big, bigger , biggest and had an ass as well

what a shocker so i discovered Big Ass Spider , Gregory Gieras not a screenwriter i am familiar with had written this tale would it outrun Sharknado i had to find out, alas no cinema near me carried it but i got my hands on it as a DVD with an amazing hologram cover i was ecstatic to say the least.

The story line could of been overwrought and contrived no it was not, it had drama , danger and humor a casserole of scary delight awaited me Mike Mendez delivered the action swiftly and without troubling it with excess fat , trimmed meat like human prey broiled to perfection

So this spider i hear you say what is so bad about it well Alex Mathis bug hunter  was a bit afraid but he has not said on his twitter feed, Greg Grunberg does not have a dirty white vest or a bandana , he has goggles safety ones at that, and of course his side kick Lombardo Boyar is Jose Ramos and more dashing than Zorro, and of course there is a girl Carly Kramer as Lieutenant Carly Brant she is military grade kick ass with a soft spot for bug men, so now you see and will see when you watch the terror become unleashed.

our  heroes are swashbuckling and almost confident as they pursue the great terror and you get very attached ordinary guys in an extraordinary situation so buckle up with them and enjoy this ride.

This film joins the ranks of amazing and i will be watching again maybe another Big Ass will appear so rent, buy , VOD or watch when it comes to SyFy  and i wish you Happy Viewing 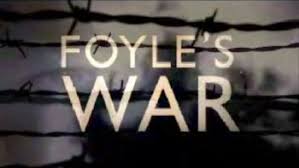 Still busy filming around Liverpool and The Wirral , a place soon to be bustling for the Golf Open at Hoylake, the first image is at St Georges Hall in Liverpool a beautiful building showing how versatile the city is for filming and such great architecture

More and more production companies are heading here and if i can get any more information will let you know.

After Morse we got Foyle’s War now filming it’s 9th Season in Liverpool which stands in for London and on the Wirral where my wife and i caught with them in West Kirby our hometown, setting up camp in the car park near to Morrisons Car Park, caterers and props offloaded, we have a diverse location here Paul Bettany’s Blood was filmed here and on the Wirral some parts of Fast and The Furious 6 although i have to say a Morris 8 would not out run a Dodge Challenger but it has as much style.
Set in the turbulent era of the Cold War following on from the war it will be interesting to see the locations and how they are utilised , Hilbre Island is a big attraction so it is possible they would use this before the fracking starts.
Below are the first images i have captured and hopefully i might get some more as Acorn Productions progress with filming.

all images are copyright to Chris Lawrence and Velvetmedia